Between The World and Me 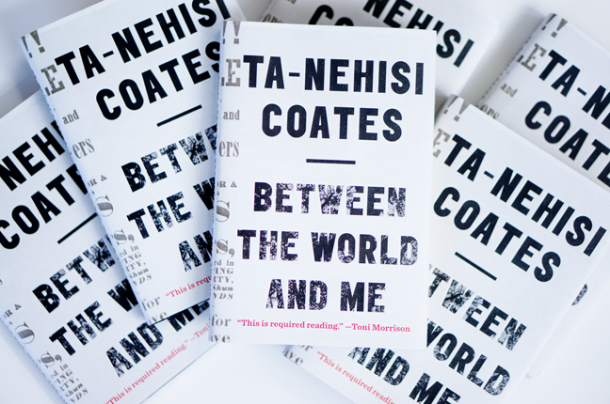 Here’s something I wrote about Coates’s popular book a few months ago and never posted:

My mostly black students’ response to both the book and the article was jokingly to ask, “Are you okay, Mrs. O’Donnell? Are you depressed? This is really depressing stuff….”

It is depressing stuff, and ours is a depressing history. And it’s a testament to my position of white privilege that I’m considering the depressing things Coates has to say about the repeated destruction of black bodies and the illusion of the American Dream and sandwiching it between posts about lemon ricotta pancakes and poems I find inspiring… The sad truth is, because I’m white, and I’ve never LIVED racism, there will always be a level on which I don’t get it.

That being said, here is what I take away from Coates, how his book has effectively altered my thinking and brought me to a new level of understanding, inadequate as it is:

The fact that any display of patriotism is stained. Any reference to the greatness of America is ultimately a lie because of the “plunder” — Coates’s term — that our country was founded on.

The idea that we have a lot of intellectual jargon to describe racism, including the aforementioned term white privilege, but that ultimately racism is experienced in the body. Racism is something visceral and it amounts to the destruction of bodies, today as well as in the past.

The notion of “people who think they are white” — the idea that race is a construction created out of the evil desire to subjugate and subordinate other people.

The interesting reaction Coates has to “believers” in the American Dream — he feels sorry for them. Because the dream is tainted. It’s built on the backs of black bodies. And yet the “people who think they are white” keep believing.

It seems that Coates’s major preoccupation is getting our country to stop lying to itself. Even in his article, The Case for Reparations, he ends it by saying that we may discover that there are no reparations that would be enough. But the ultimate point in having the discussion is to become more honest with ourselves on how “the dream” was built on a faulty foundation.

I chose to have my students read his work for class because both his book and his article seemed to be suitable texts for a rhetorical analysis, rife with rhetorical devices and argumentation. My students are pretty familiar with the idea that American life for black Americans has been depressing for a while. So I don’t think his ideas are rocking their world. But I think, even though the book was written for Coates’s black son, this is an important book for all who “believe they are white” to read.