The central character of Rushdie’s new novel… is…a man who gets cursed and gets blamed for it. Geronimo Manezes, a Mumbai-born gardener now living in New York, has begun to levitate. This isn’t the wish fulfillment of a flying dream; it threatens his livelihood and brings the increasing hostility of strangers. “Why do you imagine I consider my condition an improvement? He wanted to cry out. Why, when it has ruined my life and I fear it may bring about my early death?”

But Geronimo’s predicament is not an isolated case. It foreshadows an era of “strangenesses,” where the “laws which had long been accepted as the governing principles of reality had collapsed.” The strangenesses — some meteorological, some natural disasters, some simply miraculous — are the prelude to a full-blown invasion of the human world by malevolent spirits from another dimension.

It turns out that all four evil jinn, Zabardast, Zumurrud, Ra’im Blood-Drinker and Shining Ruby, have broken through the wormholes separating the world from Fairyland and are bent on causing havoc in the 21st century. The only power that can stop them is a nice female jinnia called Dunia and her human descendants: Geronimo Manezes, the British composer Hugo Casterbridge, the young Indian-American graphic novelist Jimmy Kapoor and a femme fatale called Teresa Saca. If Dunia can gather them up in time and awaken them to the power of their jinni nature, humanity might have a chance against the forces of darkness. “The seals between the Two Worlds are broken and dark jinn ride,” she tells Geronimo. “Your world is in danger and because my children are everywhere I am protecting it. I’m bringing them together, and together we will fight back.”

It certainly wasn’t my favorite Rushdie novel. The NY Times review is pretty critical, and I agree with its perspective. Reviewer Marcel Theroux notes that Rushdie’s “capcaiousness” and “breadth” as a writer/enchanter is a distinctive feature of his style and something to be celebrated… when “there’s been some compelling principle at work.” As Theroux puts it,

“Complaining that Rushdie’s not a naturalistic writer is like criticizing kimchi for its cabbagey funk.”

And I love Rushdie’s funk. It’s why I gravitate toward everything he writes. As for this novel, though, I’ll quote Theroux again:

“Behind its glittery encrustations, the plot resembles a bare outline for a movie about superheroes. There’s a war between worlds, lightning comes out of people’s fingertips and it all culminates in a blockbuster showdown between the forces of good and evil.”

Still, I am drawn to the “nice” jinnia, Dunia, who is enamored with the human world. I am fascinated with the contrast between capricious beings made of smoke and fire versus plodding, helpless humans. In the book, Dunia produces a line of half-jinn, half-human descendants, and the line they walk between their human natures and their jinn natures is fodder for us all. It inspired me to think about the “smoke and fire” lurking in myself, and my human company. I jot this poem down this morning. When I refer to “smoke and fire,” I think I’m referring to the ways in which our human limitations give way, the ways in which we surprise ourselves, transcending our human natures and tapping into something more powerful.

Smoke and fire:
You address me, “Beauty,”
You nick-named my stomach years ago
At a wedding, my arms are wrapped around you
“Python arms” you dub the photo
Then you say, “Hey Beauty, come here”
Insults, terms of endearment,
From You,
They both land lightly,
Almost to lift me up.

Smoke and fire:
I chased you out of the building
Clear sky, hot pavement
You were running for your life
Now we meet again in August
Your trusting smile,
signing your letter “yours truly”
“I’m ready to step up my game this year”

Smoke and fire:
Skin so thin that a hang nail
Threatens hospital beds and IVs
Skin so thick all the same
You weather your version of chronic pain
Far more graciously than me
And so I confide in you, and worry with you
Even when you’re the one hurting

Smoke and fire:
How many times have I rubbed
salt in your wounds
And you’ve called me back
Invited me over
Given me something from your closet,
Your fridge
“I’m so happy to see you,” you always say.

Smoke and fire:
You used to bribe me to type your papers
Your eyes were bloodshot as you
teased me about my first boyfriend
I bought you beer when I visited you at school
even though I was the younger one
Now you grip your newborn
like a football, easy
You’re well-versed in car seats
and choking hazards
And sleep schedules

Smoke and fire:
This life is muddy for you
Thick, brown, halting
Leaves traces of dirt on your shoes
Wherever you go
And yet you keep going,
So kind
Along your way

If only I could rub the magic lamp
Get a fat, blue little jinn
To fight your demons for you
Smoke and fire-like

Instead, I hold onto the traces
Of smoke
Of fire
inside these
soft,
beating
human hearts.

Growing Up Is Hard To Do

“When we are born, we cry that we are come to this great stage of fools.” ― William Shakespeare, King Lear

In the case of Blue Jasmine, directed by Woody Allen and starring Cate Blanchett, this “great stage of fools” involves frequent crying, flamboyant crying, on park benches, while mumbling to strangers, in vodka-gulping gasps, punctuated by dripping mascara

and sweat-soaked armpits, in melodramatic fashion, or behind mammoth sunglasses, clutching a bulging Louis Vuitton bag to tragic effect.

This is a movie that honors the deep vein of folly, ineptness, coming-up-shortness that runs through life. In being so over-the-top, Jasmine’s blues are not a bore, in fact, just the opposite — Cate Blanchett’s acting chops breathe eloquent life into a well-documented universal truth, from Shakespeare to the Bible, how foolish  mere mortals are…

Oh-so-blue Jasmine is a former Manhattan socialite who moves to San Francisco to live with her sister in the wake of her investment banker husband’s downfall. She is hanging by a thread, and we hang right alongside her. I was content to watch the antics of one, martini-guzzling, zanex-popping title character and her open-hearted, scattered brained sister with the name “Ginger” to match (as someone actually named Ginger, I invite you to notice my eyes rolling). What is so engrossing about Jasmine’s pathetic plight?

It’s a vicious cycle of sympathy, ridicule, lack of redemption, and more sympathy. You can see the character, “Ginger” (played by actress Sally Hawkins) riding the same waves of disgust and compassion for her sister. The more we sympathize with Jasmine’s determination to carry on, the more we recognize her accountability, the more we see her self-deprecating awareness of past mistakes, and her tragic, stubborn inability to change course.

This cycle harks back to A Streetcar Named Named Desire. Both protaganists — Blue Jasmine, Blanche DuBois — muster sympathy and ridicule in an unpredictable, fitful pattern. Actress Cate Blanchett played Blanche Dubois at the Brooklyn Academy of Music, and excels at the “woman on the verge” rhythms. Ben Brantley’s praise of Streetcar could easily be applied to Blanchett’s performance as Jasmine.

Speaking of life “as a great stage of fools,” I saw the next installment in the Up Series, 56 Up. Can you imagine having your life edited into a movie every seven years? Beginning in 1964, the Up Series documents the lives of a group of British school children. As the subjects get older and more reflective, the strange, Truman Show effect of the series becomes a major talking point. Many are eager to speak candidly about the burden of the Up Series on their unfolding sense of identity. This is another movie that deals with baggage, not too far from Jasmine and her cumbersome set of designer luggage. 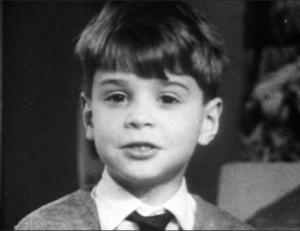 One of the sadder stories is that of Neil Hughes. Now a district councillor in rural England, he is depicted at age seven as an exuberant, smiling kid, playfully dodging director Michael Apted’s questions. In his twenties, he is homeless, wandering rural Scotland. He fidgets nervously when Michael answers pointed questions about his mental health. In 56 Up, he says that viewers have treated him with tremendous generosity, but at the same time, people who say “they know exactly what he feels like” are mistaken.

Engineering professor Nick Hitchon puts it less defensively: “It’s not an absolutely accurate picture of me, but it’s a picture of somebody.” It’s a collective picture of human striving, a group of “somebodies” discovering happiness, seeking purpose, and coping with challenges. It depicts the universal drama of life, and the vitality of the project seems to draw back participants, reluctant but curious each go-around. 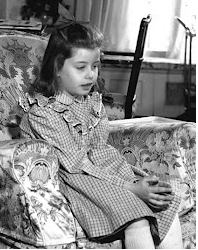 Suzy, a wife and mother with an upper-middle class upbringing, admits to having a “ridiculous loyalty to the series.” In 21 Up, she states that “she was pressurized into doing it by her parents.” At age 56, Suzy says that she hasn’t had a distinguished career, but she “feels fulfilled.” When asked about the next installment, she smirks, saying “it’s like reading a bad book. I’ll still read it. I’ll still see it through.” 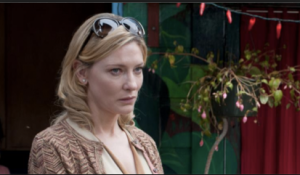 That’s the spirit. Some solid advice for Jasmine, Blanche, and other femme fatales.