Empathy As Change & We Are Not Trayvon Martin 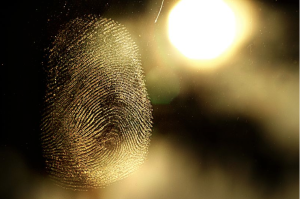 I recently heard Bill Clinton being interviewed on BBC News about his philanthropic work in Africa. When asked whether his poor, Alabama upbringing allows him to empathize with people there, he said that he is proud of his humanitarian work because it comes from a place of empathy, not necessarily of mutual experience.

It was so refreshing to hear someone elevate pure empathy as a foundation for social change. Often, it seems that leading social change requires a certain degree of “street cred”  in the form of a shared connection to the population or situation being served. I recently attended a non-profit gathering, during which several organizations shared their story. They attributed their success to effectively spreading a narrative. The story usually went something like this: I had cancer and I started a mentoring program for kids with cancer; I am Muslim and I started a theatre company to address issues facing Muslim Americans.

This is a beautiful thing.

But what if your struggles/experience/story don’t mirror those of the population you serve? Can you be a credible leader of change? Let’s hope so. It’s much harder to be complacent when experiencing other people’s pain vicariously, through imagination and compassion, rather than through personal experience, is a sufficient call to action.

This is what I love about http://wearenottrayvonmartin.com. 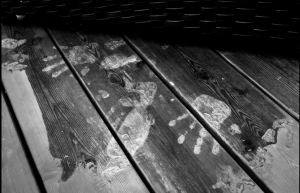 What an enlightened, beautiful, and courageous public forum for the pain we ALL feel, as in, all races, ethnicities, sexual orientations, religions, socioeconomic backgrounds, and combination thereof, regarding Trayvon Martin’s death and the racial tensions that surround it.

I think the flood of responses shows how many everyday people of racial or socioeconomic privilege are affected by issues of race, but they don’t typically express their feelings. Why is this? Perhaps they feel uncomfortable or tentative about claiming any part of race-related struggles as their own, for fear of seeming insensitive to their own privilege.

I am not Trayvon Martin. I am a white female. I probably get more welcoming looks in a hoodie than I do in preppy clothes. Like most people, my upbringing, education, and day-to-day adult life defies and embodies stereotypes. I have lived with, been longtime friends with, attended school and church with, been neighbors with, been colleagues with, and supervised by “people of color.” My grandfather’s memorial service disproved the trope that 11:00 on a Sunday morning is the most segregated hour in America, for someone born long before the civil rights movement in Saint Louis, Missouri.

Growing up in Saint Louis, attending a private high school located in a very manicured, affluent, white suburb, I encountered excellent teachers, some cringe-worthy wealth, some outdated traditions, and some of the most open-minded, well-traveled, and socially conscious people I know. I attended undergrad in another affluent, manicured, and predominantly white neighborhood, but my peers were Egyptian, Indian/Muslim, Nigerian, Chinese, Sikh, Hindu, and Israeli. 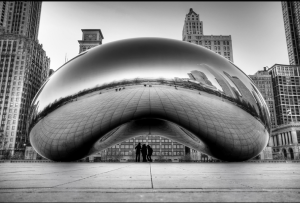 Living in Chicago, segregation is normalized. Racial inequality is one of many talking points in the news, built into segments between inefficient lawmakers or expensive city parking. Riding the el pretty well lays out the situation.

I do not have to make peace with, or normalize the possibility that my skin color might invite violence, legal trouble, or certain forms of harrassment. It would be easy to say that I live in a different world, but the truth is, it is very obvious to me that our society is racially tinged and driven by appearances and stereotypes.

Depending on who I am with, what I am wearing, or what neighborhood I am in, people don’t look at me at all, or they look at me with curiosity, or they look at me with mild hostility. It doesn’t compromise my safety or tangibly impact me in a negative way. But the predictability of such reactions is a subtle, demoralizing reminder that “we” — the heterogenous mix of people that make up a city like Chicago, any city in urban America — go about our business in a state of quiet alienation and mistrust.

As the racial minority in my classroom, I have a glimpse of what it feels like to be judged on small attributes of my appearance, demeanor, or language. For example, pronouncing names correctly on the first day of school can bridge the unspoken racial difference. I am careful to offer unwarranted assistance with say, a reading assignment so that the help is not interpreted racially — otherwise, such “help” might cause a struggling student to shut down. I may consider myself enlightened, I may have diverse experiences, but I am also, unavoidably, a white authority figure. As such, it takes a little more time, a little more effort, and a little more care to build trust.

The polarized reactions to George Zimmerman’s trial, the racially charged criticism of President Obama, the various perspectives on Paula Deen’s racial slurs  — all are public, sobering reminders that race divides us. Apparently, whites, blacks, and all shades in between feel mutually misunderstood, or in the words of Ralph Ellison, “invisible… simply because people refuse to see [them].” 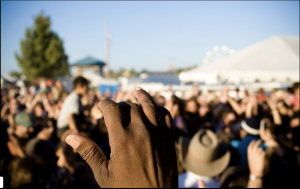 To get beyond this state of mutual misunderstanding, we need to legitimize empathy and compassion as catalysts of social change, independent of shared experience. They may be abstractions, but they have concrete power.

Check out this story about Viola Liuzzo, the only white woman protestor to die in the civil rights movement. She acted on the belief that civil rights were “everybody’s fight.” For years, the purity of her motives was questioned. The family was finally vindicated when last May, Liuzzo was awarded the Ford Freedom Humanitarian Award, an honor shared by none other than Nelson Mandela.

I have to believe that the prestige of this award, and the magnitude of Liuzzo’s courage, reflects her ability to translate empathy into action, boldly, despite her status as a privileged outsider. For those of us who are not Trayvon, we are still hit hard by his loss, and we can still be part of the solution.