I was recently listening to a podcast about women and creativity. The guest, who was interviewed about her efforts re homemaking and all things domestic, said something to this effect: “Get out your cauldron and make that witch’s brew!”

I am working on (or more accurately, actively avoiding) a book project related to race and education in the United States. The eruption of Black Lives Matter protests across the country and the redirection of the national media spotlight on long-neglected issues of systemic racism has somewhat paralyzed me. Well, I’ve sent a few emails. Arranged some interviews.

I’m honestly so… exhausted. I think of Eliza DooLittle in My Fair Lady: “Words, words, words; I’m so sick of words!”

Some are interjecting their voices via cross stitch. @pixeledstitching sells these for $25 dedicated toward Communities United Against Police Brutality:

Others are using sidewalk chalk:

About that witch’s brew… there’s a Rumi poem called Say Yes Quickly with two lines that encapsulate my feelings about making a bright green pot of vegetable soup:

“Inside you there’s an artist you don’t know about. 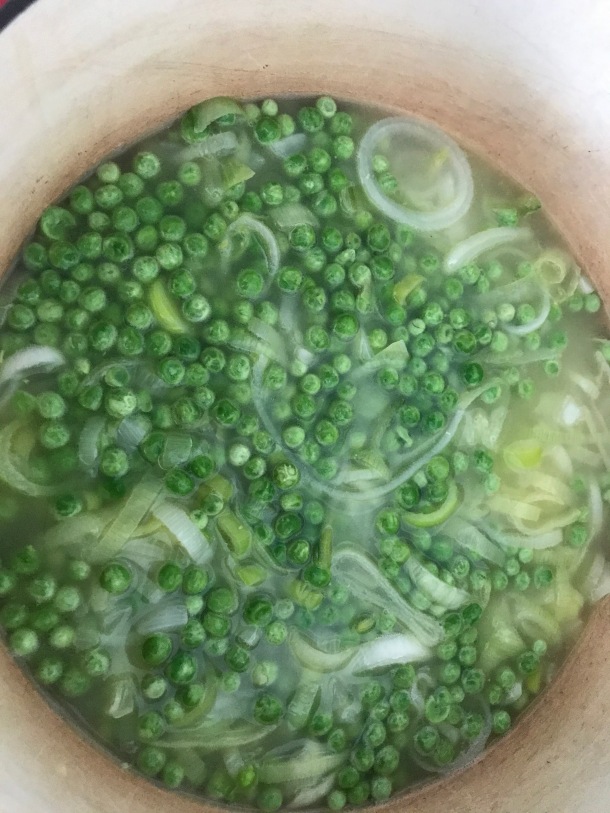 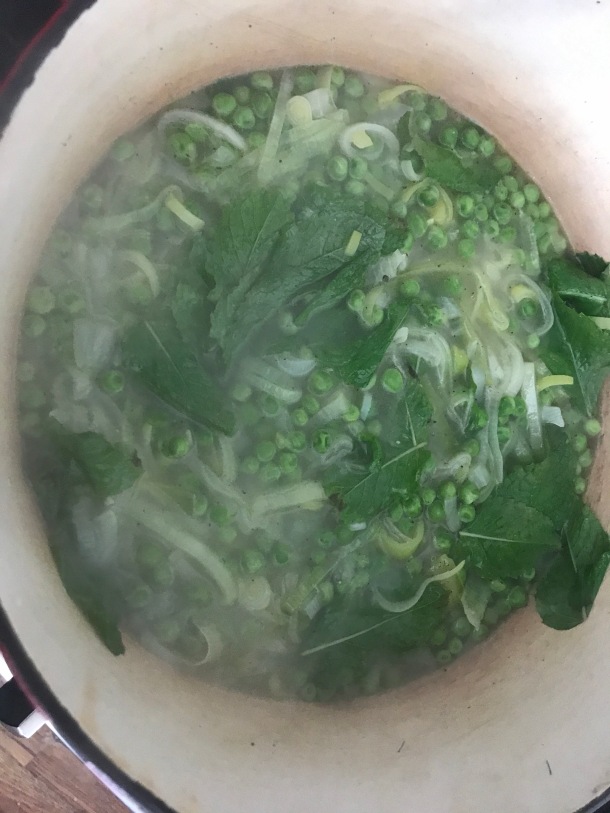 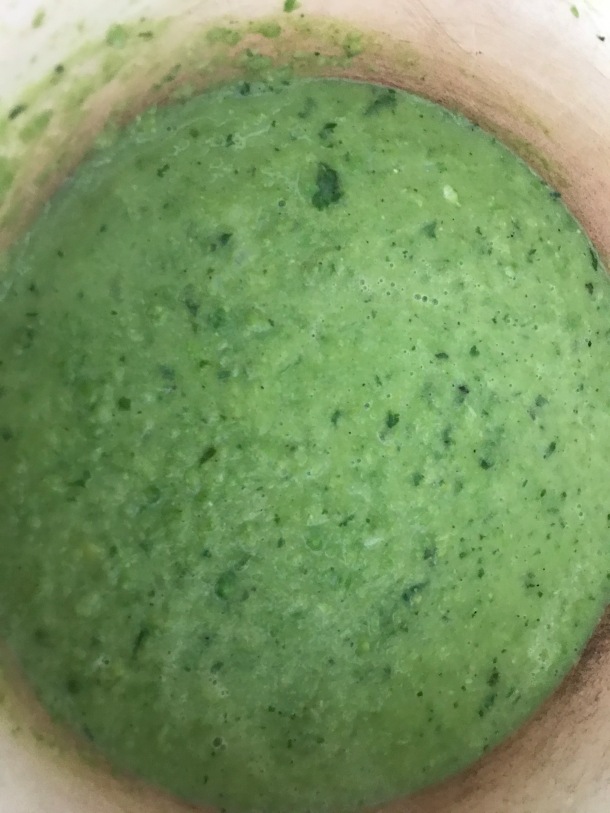 “If you’ve opened your loving to God’s love,
you’re helping people you don’t know
and have never seen.”

The recipe below for pea, bacon, & mint soup, featuring many of the same ingredients as Ina’s but with the addition of a little meat flavoring, channels the spirit of my great grandmother. It does nothing for the world but fill your house with the smell of bacon and love. 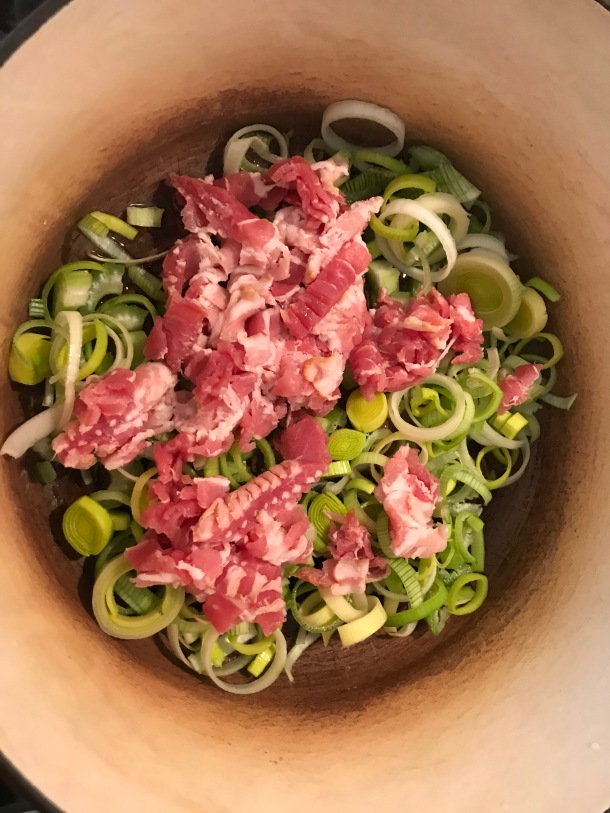 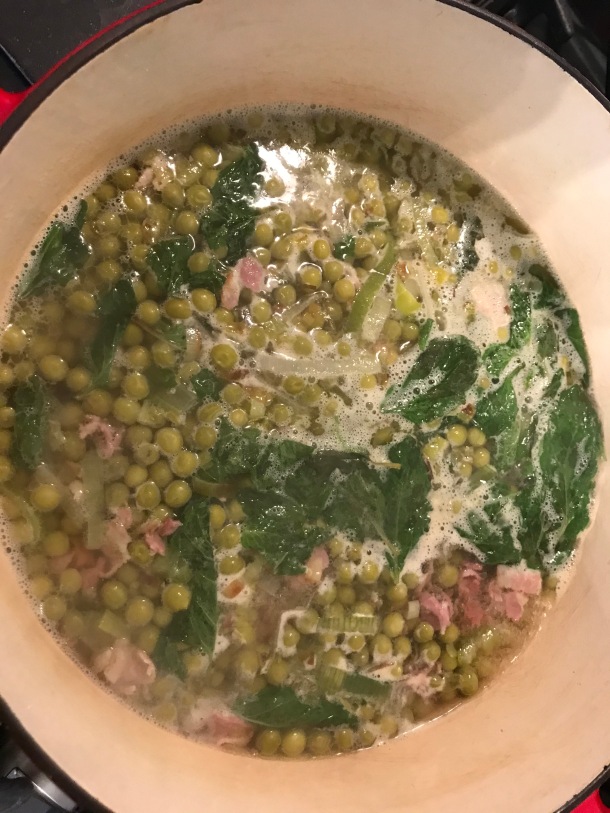 Blend soup (ideally with an immersion blender.) Season to taste. Serve with a sprig of mint and a drizzle of oil. 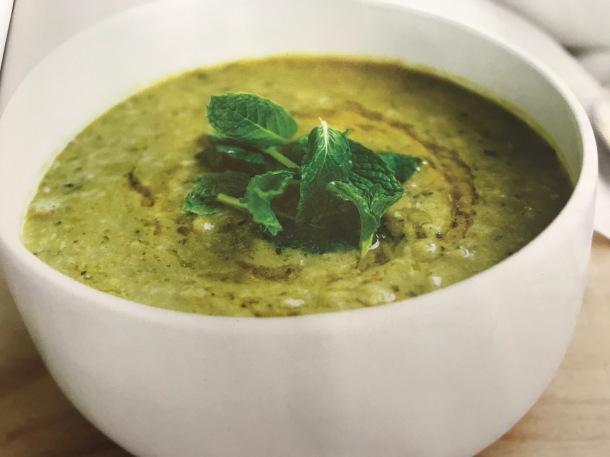