Getting Existential: Another Reason We Read 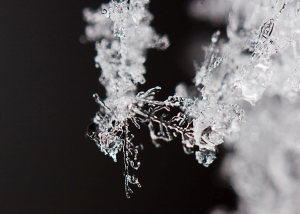 What can I say, snow makes me glad of heart and reflective of mind — that is, white, powdery snowfall on a weekend. In the swirl of so many million, sparkling flakes dropping mutely onto the city pavement, I find myself asking why… Why is the sky blue? Why am I hopelessly addicted to Nutella? Why does lying on a couch sifting through a stack of books for the entire day sound like the epitome of leisure to me? (Wow, this post makes me sound lazy. For the sake of full disclosure, the real problem is my ongoing desire to be working.) Back to stacks of books — is there really a good reason to inch your way toward death with your nose buried in a book? I mean, beyond the types of expansive motivations that “English majors” and “avid readers” cite, from gaining a broader worldview to a deeper understanding of “the human condition,” yada yada. 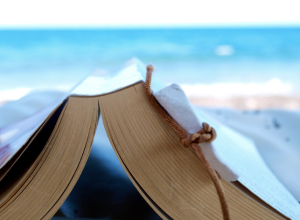 How about honest personal growth? I think the English major variety tends to gloss over this earnest, unglamorous reason. Our painstaking efforts with meaty works of literature can yield more “highly effective habits” than simple endurance — it just takes a little digging to find the guru lurking inside a Melville or a George Elliot, as well as a desire for made-up characters on our path to enlightenment. In my existential angst (actually, my drafting of literary themed pitches) I have amassed several author’s versions of the same mantra — seize the day! Take them as my personal invitation to read these books (starting with Pilgrim at Tinker Creek and Gilead) in lieu of something from the self-help section. (Or, I suppose if seizing the day is the point, you could ditch reading altogether and hitch a ride to the 2014 national tour of Newsies.) Here goes:

1) “Nature is, above all, profligate. Don’t believe them when they tell you how economical and thrifty nature is, whose leaves return to the soil. Wouldn’t it be cheaper to leave them on the tree in the first place? This deciduous business alone is a radical scheme, the brainchild of a deranged manic-depressive with limitless capital. Extravagance! Nature will try anything once.” 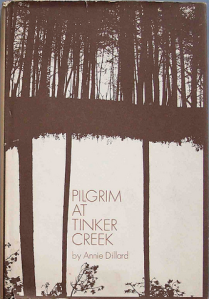 I have a tendency to remember random fragments of books, often forgetting entire characters, and occasionally, the plot itself: this quote ends one of my favorite random passages from Annie Dillard’s poetic nonfiction narrative about the unfolding of the seasons outside her home, Pilgrim at Tinker Creek. So often descriptions of nature conjure Puritan virtues (stoicism, endurance, resourcefulness), but Dillard celebrates an entirely different force: larger-than-life, more like France during the baroque period, or a Lady Gaga concert. What is enlightening about this characterization? To me, there is an underlying injunction that if nature is brimming with superfluous creatures, we are meant to follow suit, despite our short-lived creations. 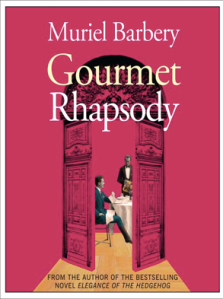 Gourmet Rhapsody is the story of a dying food critic, told through multiple characters with varying degrees of bitterness. As such, it is chock-full of “aha moments” on the nature of happiness, mortality, breakfast, lunch, and dinner. This particular observation comes from the critic’s butler, who has a soft spot for his boss’s audible ability to enjoy life.

3) “These people who can see right through you never quite do you justice, because they never give you credit for the effort you’re making to be better than you actually are, which is difficult and well meant and deserving of some little notice.” 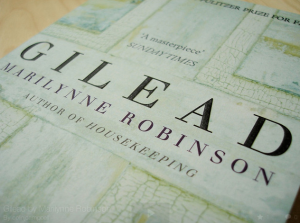 Contrary to the “regular bastard” in Gourmet Rhapsody, the terminally ill protagonist in Gilead is a thoughtful reverend writing to his son. This is one kernel of wisdom he imparts. Gilead is one of my favorite books, and it’s another ripe context for page after page of poetically worded existential truths. I have an inkling that other lovers of this book (and Marilynne Robinson’s writing) are reading for the sage soundbites as much as they are for the characters and their poignant circumstances.

4) “If you can get by with quotes from The Godfather and nothing you say matters, that’s pretty bleak, don’t you think?” 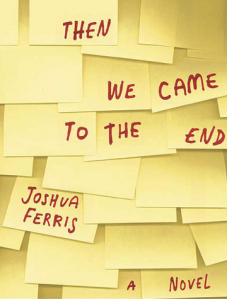 A few words of encouragement for bloggers or creative types, and what more credible source than a satirical novel about a fledgling ad agency? (Again, death, corporate death this time, lurking around the corner.) If there is a moral to a story about lazy copywriters facing impending lay offs, coping with their anxiety via paintball rampages and vicious cancer rumors, it’s get out of the office and live your life.

5) “It is the easiest thing in the world for a man to look as if he had a great secret in him.” 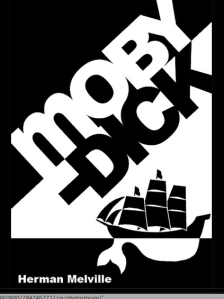 Okay, this quote isn’t quite related to seizing the day. But for someone writing about cannibals, oceans and sperm whales, I think Melville is remarkably apt at describing the bearded, flannel-sporting, beet-pickling type who thinks he knows something special. If I was a hipster, this is what I would wear on a faded gray t-shirt to let the other hipsters know that I wasn’t impressed with them.

So! Fellow two-for-oners, that is my case for “the importance of reading in earnest,” to get all meta and Wilde on you. What’s a more highly effective habit and purpose-driven pastime than reading to be entertained, intellectually stimulated, and ever so slightly enlightened? Who doesn’t prefer their search for meaning with a side of petty office politics, florid food descriptions, ridiculously protracted whale hunts, and/or creekside ramblings?